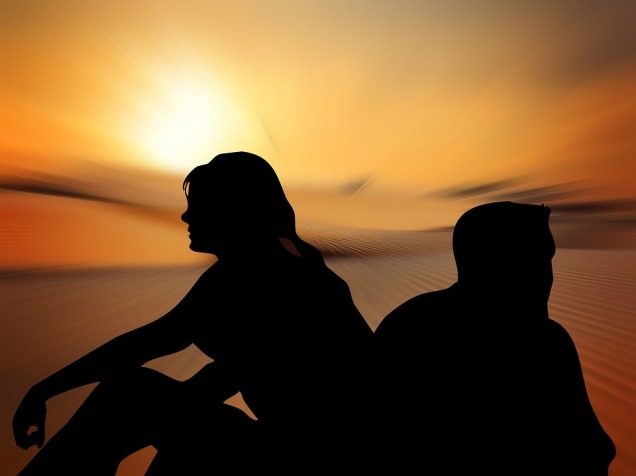 Finding the courage to say no to controlling behavior.

What does it mean to dominate another person?

Do be dominated is to be mastered. The dominator has succeeded in pressuring someone until they yielded to being controlled. Perhaps to avoid the consequences of resisting. The one who yields has been conquered. While the relationship may appear amiable much of the time, differences of opinion will expose domination.

What’s the difference between domination and submission?

First of all, dominators  fall into two categories. The first group holds a legitimate position of authority.  The second does not.

For those who do hold a legitimate, God-given position of authority, domination happens when he/she “lords it over” their subordinates. (Matt. 20:20-28) The greek word for this is “overpower.” It’s the condescending posture of an owner who has completely subjugated their “property.” This posture provokes pain and anger in those they seek to dominate.

This might look like harsh, intimidating leadership. It might look like over-stepping the boundaries of what God has authorized them to lead. A leader that lords it over others lacks respect for their subordinates. A leader who feels that they are losing control of the organization, home, etc.,  may grasp for full control. Seeking to salvage what is left, he or she may be tempted to dishonor subordinates even more.

If the dominator is not acting within the boundaries of a legitimate position of authority, they’re posturing. Posturing means that they act in a deceptive way to mislead others. In this context, posturing would lead others to believe that they have title or authority that they don’t. This person is often motivated by fear of what will happen if they don’t seize control. They haven’t been given authority by God. They’ve taken it.  They can tend to dominate in order to prevent being dominated. This person may struggle with pride, superior attitudes or dishonor. Intimidation, pressure and threats of humiliation may be used to get their way.

Those who choose to submit to others tend more toward an awareness and respect for proper chains of authority. They submit willingly. They tend to honor others above oneself while still retaining self-respect and healthy boundaries. They don’t yield because they’re defeated, but because they believe it’s the right thing to do. When differences of opinion arise, the submitter yields out of respect, not fear.

What’s wrong with dominating one another?

The problem with domination in relationships is that there is only One who should have ultimate rule or mastery over our lives. That One is God. Daniel 4:34 says,

“His dominion is an eternal dominion; his kingdom endures from generation to generation.”

When push comes to shove, sometimes we have to choose who has the last say in our lives. It can’t be both God and someone else.

Why do people dominate one another?

Symptoms of domination within a relationship:

Lies that lead to dominating relationships:

How to avoid domination in relationships:

One way to resist domination is to put God on the throne of our heart. There is only room for one on that throne. If we keep God there, all others will have to fall beneath Him.

Another way to resist domination is by submitting to true, God-given authority. People who seek to dominate will attempt to circumvent legitimate authority. This person acts as if they are in authority, but in reality someone else sits in that seat. We are not under obligation to give attention or obedience to anyone who postures authority they do not have.

Sometimes it takes courage to act within the proper chains of authority. A number of years ago the Lord was prompting me to accomplish a task in an area of the church that wasn’t where I normally ministered. There was a problem in this area of the church. Those who were, for all practical purposes, running this ministry, were not the true authority. They were also intimidating. In order to obey the Lord, I had to resist fear. Instead of acknowledging this false authority, I went to those who were actually in authority. I asked permission to do the work. Permission was granted. I was literally shaking as I accomplished the task.  The illegitimate authority was ANGRY. In the end, it taught me an important lesson. One reason people yield to domination is because of fear of man. Doing the right thing even when it’s scary is the antidote.

We can avoid becoming a dominator by praying instead of pressuring. When we are afraid of what will happen if we don’t seize control, it’s a red flag. Protection that’s motivated by fear can lead to dominating behavior. Instead, ask God to be The Protector. Resist fear. Submit to God and godly authority. Act only in love.

Recognize that authority and responsibility go hand in hand.

God holds those in authority responsible for the decisions they make. He does not hold their subordinates responsible. (exceptions: Idolatry, when a life is at stake. In these cases, resistance is called for) Subordinates are covered (protected) when submitted to authority. There is no need to seize control in order to protect. If subordinates will pray when leaders make choices that look concerning, God will do the protecting.  Picture Sara, submitting to Abraham even when he asked her to lie. His actions put her in harm’s way, yet God protected her when she submitted to her husband. 1 Peter 3 says:

“Wives, in the same way submit yourselves to your own husbands so that, if any of them do not believe the word, they may be won over without words by the behavior of their wives, when they see the purity and reverence of your lives…They submitted themselves to their own husbands, like Sarah, who obeyed Abraham and called him her lord. You are her daughters if you do what is right and do not give way to fear. Husbands, in the same way be considerate as you live with your wives, and treat them with respect…”

Abraham’s choices could have easily compromised Sarah’s purity. If she had yielded to fear, it would have been easy for her to reason, “I’m not going to obey Abraham. What in the world is he thinking?” Instead, she walked in faith, trusting God to protect. God not only protected her, but He also honored her.

If we think our superiors are about to miss it, we are told to pray. Beseech. Respect. If instead we choose instead to seize control, we have become a dominator.

We can also resist domination in our relationships by choosing humility. Humility helps us to honor legitimate authority. If we are tempted to think that we’d do a better job if we were in charge, humility will bring us back to honor. Those in authority over us have been put there by God.

Those who hold legitimate positions of authority can avoid being dominated by refusing to abdicate. By resisting pressure to be someone else’s puppet.  They do what they know is right instead of yielding to pressure to compromise. They are confident in the vision that God gives them for the church/home/organization,etc. These leaders are kind and clear with those who are dishonoring. They call it out. They give warnings. If warnings are not heeded, consequences are given. These leaders recognize the damage that dishonor causes, and they address it. They speak the truth in love. They refrain from getting louder and bigger in order to resist domination. Strong leaders resist yielding to fear that those who attempt to dominate will feel rejected if they don’t abdicate. If efforts to correct a subordinate are not headed, healthy leaders might choose to remove the offender from positions of influence/authority within an organization.

Here’s the deal. There are reasons that we find it difficult to submit to authority. If we want to stop dominating others, it’s important that we stop and examine ourselves. What is the underlying reason that we are tempted to seize control? I would love to hear from you. Are there other reasons that you have felt tempted to dominate others? How did you handle it?

May you have the courage honor God above all others,